B.C. continues to be fertile ground for growing tech industries

B.C. continues to be fertile ground for growing tech industries

While the service, entertainment and retail industries struggle to recover from COVID-19, the tech industry booms, adding more than 165,000 jobs to the economy nationwide. Vancouver and Victoria are both in the top 10 major markets for the tech industry, based on a scoring system from CBRE Group.

The CBRE’s market ranking system is based on 13 metrics, including talent availability and operating costs, to gauge suitability to tech employers and prospective employees. While some tech markets shifted positions within the top 20 from 2019 to 2020, the top seven remained unchanged.

Vancouver is ranked third only below Toronto and Ottawa. The size and recent growth of the tech labour pool, in addition to a rising number of tech-related degrees, puts Vancouver in a promising position. The city ranks third in tech degree completions and tech labour pool size, and it’s the second-fastest growing tech market with 27,500 jobs added between 2014 and 2019 – an increase of nearly 48 per cent.

Although cost of living and real estate in Metro Vancouver is among the highest in the province, the market is ranked number 10 in terms of tech firm operating costs.

The pandemic called into question the need of physical office space as many Canadians switched to remote work. A tech education leader, Lighthouse Labs CEO Jeremy Shaki said as office spaces evolve, so too will their place in society. The importance of a central office would potentially come more as a social location than a traditional workplace, he added. 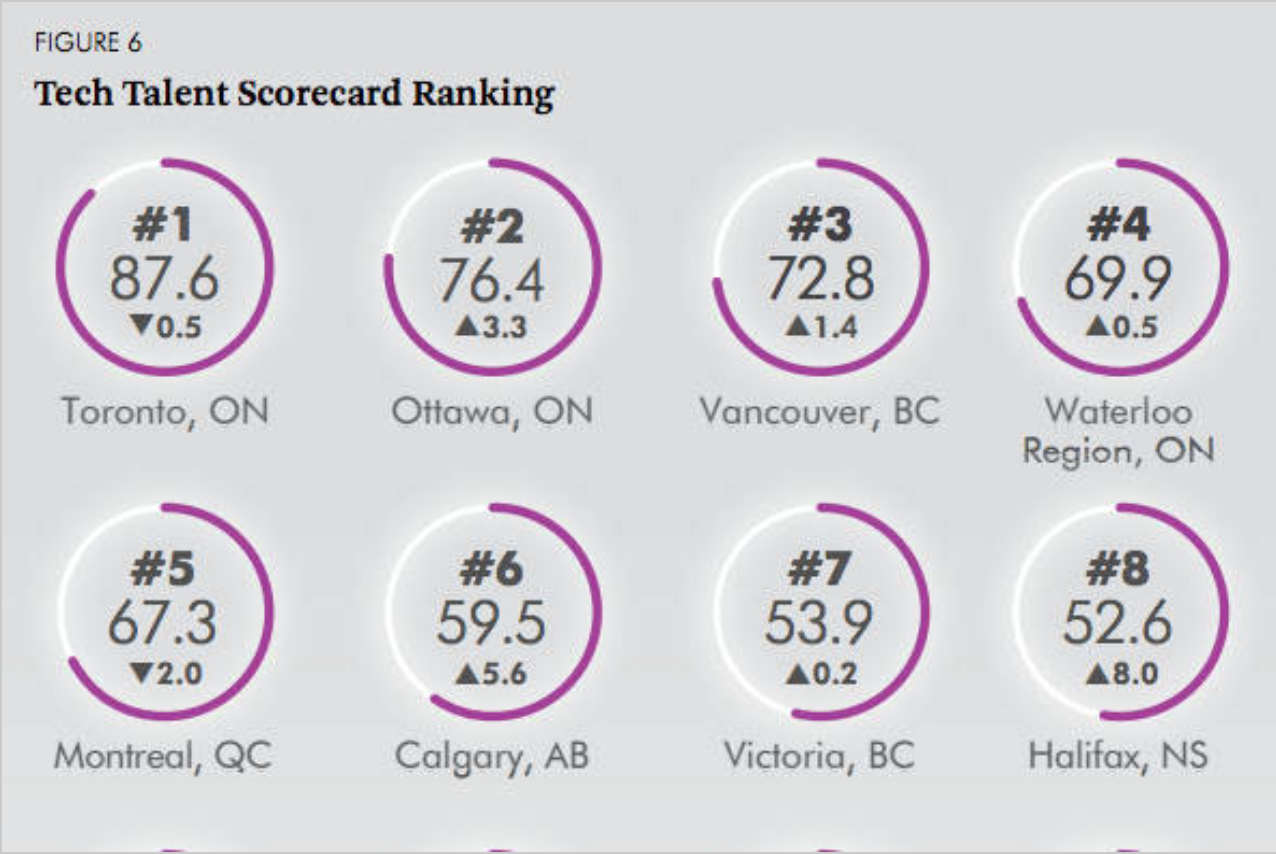 Victoria comes in at the seventh spot above Halifax, Quebec City and Hamilton. Tech industry concentration is among Victoria’s strongest points, a market which Shaki described as “unreasonably large.” Its primary industries are software and app development, advanced manufacturing and ocean science, whereas Vancouver’s predominant tech sectors are software development, digital media and gaming.

In terms of job trends, Shaki expects in-demand skills to remain consistent with web development and cybersecurity being the most desirable. However, these skills are being integrated into jobs in multiple positions, resulting in upskills rather than reskills.

“What I actually see happening is a lot more hybrid skills as opposed to full-out reskills,” Shaki said. “Everyone from HR to accountants to administrators is expected to know a lot more about data and technology.”

According to the CBRE report, the tech industry outpaces multiple work sectors, growing three times faster than the national average due to a trend of reskilling.