Victoria, BC, Canada - Hardhat Wearables (https://hardhatwearables.com) a division of Priologic Software Inc. (https://priologic.com) is launching a localized collaboration platform for teams working on remote logging, oil and gas, construction and utilities worksites often with little or no Internet connectivity. 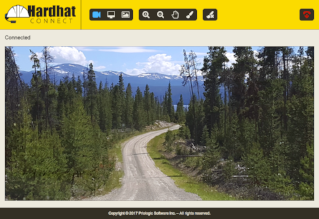 Priologic teamed with Iotatel Inc. who produce a wifi system that delivers high speed connectivity in the dense coastal rainforests of British Columbia. Doug Pelton, CEO of Priologic says, 'The Iotatel team was referred to us by FPInnovations.ca to deliver localized internet in the forests of British Columbia. By leveraging Iotatel's system and our Hardhat Connect product, teams can stay connected while working in rugged and dangerous conditions. Getting a system to penetrate dense foliage is challenging, so we don't have too many competitors in this space.' 'With Hardhat Connect we hope to make safer working conditions by providing better communications between workers in these remote and dangerous sites. By far the largest number of accidents happen during the first year of work, so excellent communication between a new worker and a  supervisor or safety officer is critical,' says Pelton. 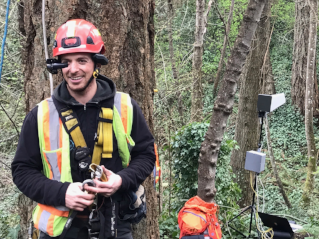