“We have made several tremendous advancements over the past few months, both with EasyAnatomy specifically, and overall as a company. Winning this award is greatly appreciated recognition for our progress as a business, and for our team’s huge effort over the summer.” said LlamaZOO’s co-founder and CEO Charles Lavigne.

This year’s BCIC New Ventures Competition began with over 165 entrants. The field was then narrowed down to a final 10 companies over three rounds of pitch presentations and consolidated business plan submissions. Previous winners of the competition have gone on to experience exponential growth and be acquired by multi-million dollar companies, and include MediaCore (acquired by Workday), GenoLogics (acquired by Illumina), and Vonigo.

“Charles and I made a conscious decision to build this company in Victoria, and we have received fantastic support from the local community all along the way.” said Kevin Oke, co-founder and Vice President of Sales. “We’re very happy to help shine some light on the amazing tech ecosystem Victoria has to offer.”

The Top Regional Startup award comes on the heels of LlamaZOO's invitation to China to attend the inaugural meeting of the Virtual Reality Venture Capital Alliance (VRVCA), and the launch of its subscription-based software application for the veterinary education market - EasyAnatomy. EasyAnatomy has found significant early traction, with customers including major institutions such as the University of Pennsylvania, home of the oldest medical school in North America, and the Western College of Veterinary Medicine, one of the oldest schools of its kind in Canada, along with individual veterinary students from over 30 schools across five continents. 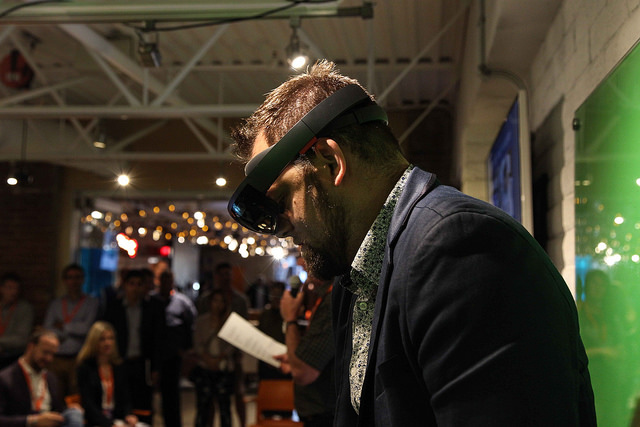 LlamaZOO Interactive Inc. is an early-stage software company focused on developing EdTech software that delivers interactive 3D content while incorporating learning techniques guided by cognitive neuroscience. The company was founded by video game industry veterans Charles Lavigne and Kevin Oke. In just over a year the pair have gone from meeting in a coffee shop over an idea, to developing a prototype and partnering with leading international universities, raising $500,000 in private equity funding, growing the company to 14 full-time staff, and being selected by Microsoft as a 'first wave' developer for Hololens.